A year in review for RAC Rescue 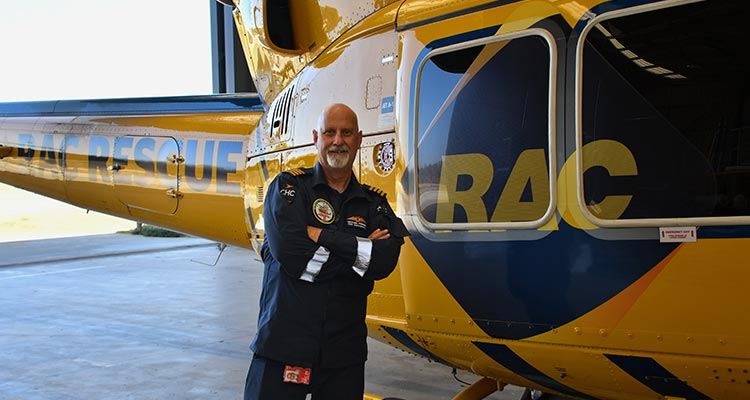 It was a big year for the RAC Rescue Helicopters in 2021.

Spending 78,800 minutes in the air and travelling 141,900 kilometres around WA, RAC Rescue completed 692 lifesaving missions across the year.

It was a year for milestones. In January, RAC Rescue clocked 8,000 missions when it was called to a motorcycle crash in Dunsborough. The RAC Rescue chopper attended the scene and transported a patient to Royal Perth Hospital for further treatment.

February was also the month Carnarvon experienced the worst flooding in 11 years, causing significant damage to local infrastructure and impacting many locals.

The RAC Rescue helicopter was deployed to the area for a week. In that time, with RAC Rescue Pilot and Jandakot Base Manager Michael Perren at the helm, the helicopter completed 67 rescue missions.

“That would have to have been the longest flying I’ve done in a very long time,” Michael said.

“We had a lot of people stranded on the highway north of Carnarvon, and we had people who were stranded at a roadhouse which didn’t have the food or facilities to house everybody there.

“So, we started with [rescuing] the people who were stuck in the isolated areas - we got all the truckies who were stuck on these little islands of broken highway; we picked them up first and got them into town.

“We were doing these ferry runs to the nearest vehicle that could reach us so we could expedite and move everyone.”

Another milestone was also celebrated in 2021: Michael celebrated his 15-year anniversary with the service in August.

Reflecting on the year, Michael said his highlight for 2021 was seeing everybody in the RAC Rescue crew step up during times of need, like the Carnarvon floods in February and Cyclone Seroja in April.

“I suppose 2021 for me as a base manager was really special in that we were able to extend beyond our normal service and basically increase it by 33 per cent at a couple of hours’ notice,” he said.

“The guys and girls who work for us just stepped up and filled in the roster on their days off to get another aircraft up and running.

“They did it for Carnarvon and they did it again to get up to Geraldton.

“In all the time I’ve been base manager, I’ve never not had an aircraft available because of lack of crew.

“I’m really proud of team here for that.”

2021 was also a year for good news. In December, $50 million in funding for three next-generation emergency rescue helicopters was announced. The new choppers will be available for service in 2023.

The RAC Rescue Helicopters are sponsored by RAC, funded by the State Government, and managed by the Department of Fire and Emergency Services.

Thank you to the crew, staff and volunteers who made a difference to the lives of hundreds of West Australians in 2021.