Black Hawks to soar with aerial firefighting fleet this summer 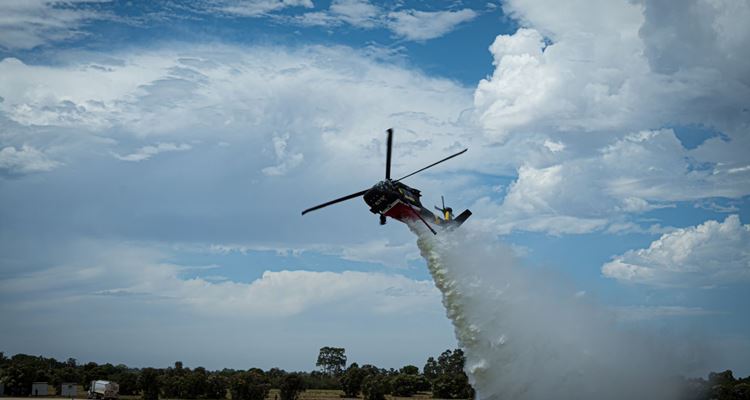 Two Black Hawk twin engine helicopters will take to the skies over Western Australia this summer, boosting the State’s aerial fleet as it ramps up operations to keep the community safe during the high-threat period.

It is the first time Black Hawks have been deployed as part of Western Australia’s aerial fire suppression fleet, which comprises 37 aircraft.

The Black Hawks will add a new dimension to the fleet with their ability to drop water, retardant and foam in areas often inaccessible, supporting firefighting units on the ground.

The aircraft were secured from the United States and New Zealand. They will be fitted with Australian designed and manufactured belly tanks which have a capacity of 4500 litres and can be filled in 46 seconds.

“The drop capacity these aircraft provide is substantial and their agility in being able to operate independently or together will provide emergency services with more versatility fighting fires.

“The Black Hawks are welcome additions to the aerial fleet and will play key roles in keeping Western Australians safe this bushfire season.”

Supported by DFES mobile fuel trucks, the Black Hawks can be operational for up to 10 hours a day, refuel at suitable ovals or parks and resupply water from collared tanks or available bodies of water.

The State’s aerial fleet now consists of 37 rotary and fixed-wing suppression and aerial intelligence aircraft. The intelligence aircraft play a significant role with their use of state-of-the-art infrared cameras, which provide firefighters on the ground with invaluable real-time information.

The aerial fleet is managed by the Department of Fire and Emergency Services (DFES) and the Parks and Wildlife Service at the Department of Biodiversity, Conservation and Attractions (DBCA). It is jointly funded by the State and Federal Governments through the National Aerial Firefighting Centre.