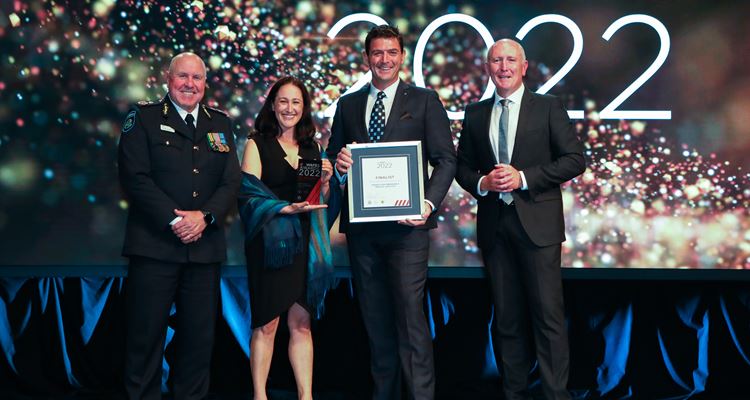 SES volunteers are WA’s first line of defence against natural hazards, assisting communities respond to cyclones, storms, floods and rescues across the State.

The late Colin Nicholson was the posthumous recipient of the Peter Keillor Award, the highest individual honour within the service, for his work upskilling and empowering volunteers at the Collie SES Unit.

Mr Nicholson was a member of the unit for 30 years, delivering numerous training courses in the South West region until his death in November 2021. His wife, Monika, was a recipient of the Peter Keillor Award in 2002.

20-year-old Cassidy Dempster demonstrated commitment and dedication far beyond her years to be this year’s recipient of the Youth Achievement Award. The Northshore State Emergency Services volunteer was deployed to New South Wales earlier this year to support with the clean-up from floods.

“Over the past year SES volunteers attended more than 2,800 incidents and volunteered over 30,000 hours of their time to help communities across the State,” Commissioner Klemm said.

“They work tirelessly to respond to storms, floods, land searches, rescues and other emergencies and we couldn’t manage without them.

“These awards are an opportunity for us to extend our gratitude and thanks to our volunteers, who put their personal lives on hold to support our State in trying circumstances.”

Cassidy says her drive to be kind, understanding and compassionate to others is why she volunteers for Northshore SES. These values were certainly exemplified when Cassidy spent four days in New South Wales, cleaning the flood-ravaged homes of local SES volunteers who were busy helping others. Cassidy also has actively sought to increase member retention in her unit by encouraging and motivating others to remain part of a positive cause.

While Collie State Emergency Service may be a small unit, it has a giant heart thanks to Colin. He placed a huge focus on upskilling the team and inspiring others to be their very best. Colin delivered numerous training courses in the South West region and wrote a suite of training programs for DFES, drawing on his extensive knowledge formed over years of experience in the Air Force and emergency services.

This 32-member unit swings into action during large-scale incidents. In 2022, their efforts culminated in 26 consecutive days in the field, travelling thousands of kilometres to offer logistical support to major incidents all over the state from Carnarvon to Denmark. At one point, they were responding to five separate incidents simultaneously. But despite the intensity of their workload, this enthusiastic and motivated group always finds time to have a laugh and enjoy each other’s company.

Note to the editor: Photos and vision of the award winners is available upon request.