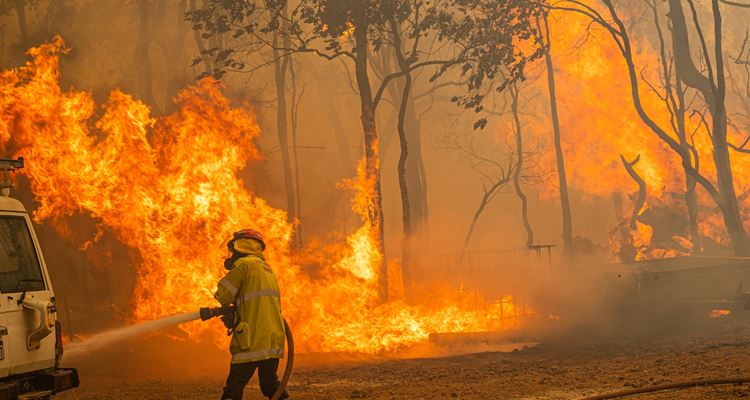 Western Australia’s wet winter will delay the start of the bushfire season but a resulting increase in vegetation, coupled with high temperatures, is likely to increase the fire risk over summer.

High moisture levels in the soil and vegetation throughout the South West Land Division have allowed emergency services to undertake mitigation activities throughout spring.

However, daily temperatures are predicted to be above average for most of the State and when the mercury starts to rise, high grass fuel loads will increase the bushfire risk.

Fire and Emergency Services Commissioner Darren Klemm AFSM said the increased risk expected over summer meant it was critical that members of the public have a bushfire plan.

“Rainfall in recent months has increased fuel loads, which has increased the risk for areas with woody vegetation such as the South West Land Division,” Commissioner Klemm said.

“We’re urging the public not to be complacent because of the high rainfall we’ve seen this year – everyone should develop a bushfire plan now.

“Preparation will help you make sound decisions if you are threatened by a bushfire, such as when you will leave, where you will go, and how you will get there.

“Normal fire conditions are expected for the rest of WA, while the far north is predicted to receive average rainfall during the region’s Wet Season.”

However, Commissioner Klemm said it was still important for people in all parts of the State to be prepared.

“More than 90 per cent of our State is bushfire-prone and all it takes is one hot windy day to cause a fire to escalate,” he said.

“Everyone should stay aware of the conditions in their area and visit Emergency WA for current alerts and warnings.”

To create a plan, visit mybushfireplan.wa.gov.au.

The seasonal outlook was released today by AFAC, the National Council for fire and emergency services in Australia and New Zealand.

The outlook can be viewed here: https://www.afac.com.au/docs/default-source/bushfire-seasonal-outlook/seasonaloutlook_summer_2021_v1-0.pdf